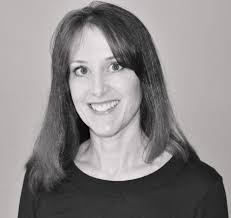 The Executive Board of the Guild of Temple Musicians met for discussion and deliberations at the ACC GTM Convention in Dallas this past week. This resulted in some exciting developments. President Dr. Alan Mason split a present Board position of VP Education and Convention into two separate portfolios to better serve the organization. Laurie Akers will remain for another year as VP of Convention and Board Member at Large, Cantor Paula Baruch was appointed to serve as VP of Education for the coming year.

In addition, three Board Members at Large were added to the GTM Board. Introducing Emily Tummons, a Cantorial Soloist from Congregation Beth Torah in Overland Park, Kansas, Lindi Rivers, a Cantorial Soloist from Holy Blossom Synagogue in Toronto, Ontario and Cantor Laurie M. Weinstein who begins serving Temple Israel in Tulsa, Oklahoma this month. We are thrilled to have these wonderful new volunteers serve our organization and bring new enthusiasm and dedication to the job.

Board Member at Large – Liz Herman

Board Member at Large – Lindi Rivers

Board Member at Large – Emily Tummons

Together, our goal is to enhance the knowledge and expertise of synagogue musicians through continuing education.

Bimonthly articles and news about the practice of creating music in Jewish settings.
SUBSCRIBE

Your subscription was successful! Please check your mailbox and confirm your subscription. If you don't see the email within a few minutes, check the spam/junk folder.
Go to Top