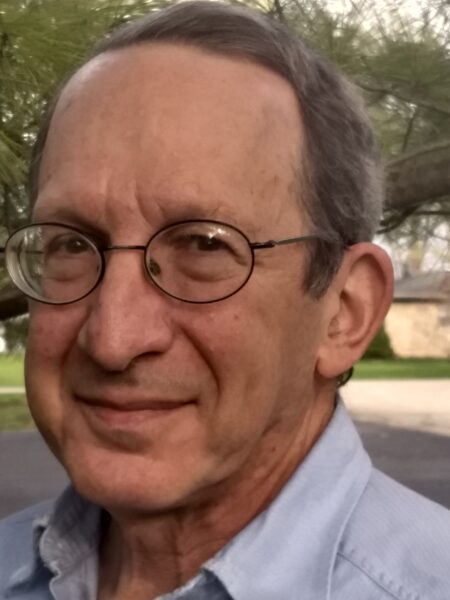 
I joined the GTM in the early 1990s, attended the ACC-GTM convention in 1992, and
was elected vice-president for education. I subsequently served three two-year terms as president.
In 1996 anger, resentment, and frustration seethed in both the ACC and GTM. The ACC
had closed ACC associate membership for soloists and ceased to offer them a path to certification.
Resentment was intense against soloists who used the title “cantor.” The ACC insisted that
the title “cantor” recognize a formal, accredited academic degree. The ACC too was fighting for
recognition as clergy partners with the rabbis. In 1994 the ACC rescinded the vote of the GTM
president on its board, which offended and infuriated its affiliate, the Guild. At its most heated,
the ACC threatened to dissolve its bond with the GTM and form a new organization limited to
composers, choir directors, and organists.

GTM members—equally angry, resentful, and frustrated—discussed severing the link
with the ACC and seeking recognition from the UAHC [ now the URJ ] as an affiliate. Soloists
were livid and resentful at the closure of certification and ACC associate membership. Composers,
choir directors, and keyboardists were angry at both the ACC and the soloists.

As a musicologist—PhD 1970 from the University of Michigan—and as a synagogue
volunteer, I was not a economic competitor to cantors, and I had academic credentials. I understood
my primary task of restoring shalom bayit. As incoming GTM president, I addressed the
ACC-GTM banquet in Toronto in 1996. I cited the existing animosities and calls to dissolve the
ACC-GTM bond. Then. trembling, I concluded:

“ Today the direction we should assume finally seems clear, at least to me.
1. The Guild is an affiliate of the ACC. We should fully inform the ACC of our intentions
and actions; we should cooperate with them fully and coordinate activities. Although the Guild is
a separate organization with a largely separate membership, we should honor the ACC as a
parent organization. The Guild is not inferior to the ACC or its servant; though we exist in a
parent-child role, we are adult children. We shall disagree politely, even forcefully, when our
needs are not addressed or when an action appears arbitrary or unjust. But to talk of dissolving
our family bond is juvenile and irresponsible. We need the ACC; and the ACC needs the GTM.
When we respond in love by informing the ACC fully of our plans and seek their advice and approval
(even when we deem it unnecessary), we will generate trust.

2. ACC members deserve our professional respect. Their four or five years of graduate
study is easily the equivalent of a doctorate. As professionals, cantors sometimes–perhaps
often–do not receive the respect and consideration that their knowledge, training, and devotion
entitle. The Guild, above all organizations, must respect their expertise and dedication. We are
not sycophants; but we must acknowledge proudly the devotion and achievements of our cantors.
They can be our strongest allies, and we must be theirs; we speak a common language–
kavannah expressed via music; when they err, or when we do, we must help one another.

3. The ACC is a professional organization which meets the contractual and financial
needs, placement, and continuing education of its membership; the Guild is entirely different.
Ours is an educational organization: we include Jews and Gentiles; we have far more diverse
academic and musical backgrounds than the cantors; we have widely different levels of
knowledge of Jewish music and Judaism; we have divergent levels of musical knowledge and
musicianship; for many GTM members–but not all–synagogue music is part-time employment.
Because we are involved in outreach, we welcome and teach all who wish to learn; we must not
turn the inexperienced away because they are not yet knowledgeable. Thus our duties, like those
of rabbis and cantors, are to teach Jews and Gentiles about Judaism. The Guild can not and must
not try to be more than an educational and networking organization.

4. The Guild should welcome soloists sincerely and warmly, but nevertheless tell them
firmly that while the Guild is an entry into Jewish liturgical music, the best approach to the
cantorate is through the School of Sacred Music. The cantorate of Reform Judaism is a profession
requiring graduate training; cantors are professional clergy; this is no field for dilettantes.
Only attendance at the School will give the knowledge, background, and contacts necessary to
function easily and confidently. . . .Because the Guild cannot meet the needs of serious soloists,
you will be unhappy if you remain with us too long. Your identity lies with the cantors, and you
must rise to meet their high standards. They will become your mentors.”. . . .

7. We in the Guild have an on-going challenge to articulate our identity to the ACC.
Although we are heterogeneous, we are not rag-tag. We must remind our cantors kindly that to
denigrate the Guild insults dedicated composers, conductors, and keyboardists who have dedicated
their lives to Jewish music and worship; it insults some Guild members whose formal
education and professional knowledge approximates their own; and it insults those soloists
serious about seeking certification and associate status. When cantors observe that some Guild
members have little knowledge, we must remind them kindly that we welcome people of diverse
abilities in order to teach them; then we must ask if organizations are to be judged by their
weakest or strongest members. We shall remind our cantors that we serve different needs and
people than the ACC. We provide their instrumental accompaniments; we help train their choirs;
we compose and arrange their music; some of us work in small congregations which will never
be able to afford a cantor; we welcome Gentiles involved in our music; we provide the basic
networking to educate novices and to help raise the level of Jewish music. We serve in ways the
ACC does not.

With the honor due parents, we shall remind our ACC colleagues that they too have an
obligation to love and teach their children. We shall remind them that women and men cantors
together have torn down the mechitza; cantors are now integral, voting members of the UAHC
and its committees. We too seek what the ACC seeks–respect for who we are and what we are
trying to do. . . .If we in the Guild appeal to the best in our cantors, we shall seldom, I think, be
disappointed. But we in the Guild must so conduct ourselves as to be worthy of their confidence
and respect.”

With the strong support of GTM board members and with the wise, compassionate
leadership of Cantors Howard Stahl, Vicki Axe, Judy Rowland, Scott Colbert, Richard Cohen,
and the ACC board, we slowly attenuated much animosity and fostered greater mutual understanding.
The ACC restored the vote of the GTM president on its board. It also reopened a
certification program for soloists, initially with peer tutoring and subsequently through the
School of Sacred Music in New York. With the help of treasurer Dr. David Harris, the Guild
invested in low-cost, diversified mutual funds, which over the past twenty-five years have
provided significant growth and income. For me, serving both organizations as GTM president
has been a profound honor. I am deeply grateful to the Guild for awarding me the Shomeir Shira
award, to the ACC for granting me honorary membership, and to HaShem for giving me life and
opportunity to serve.