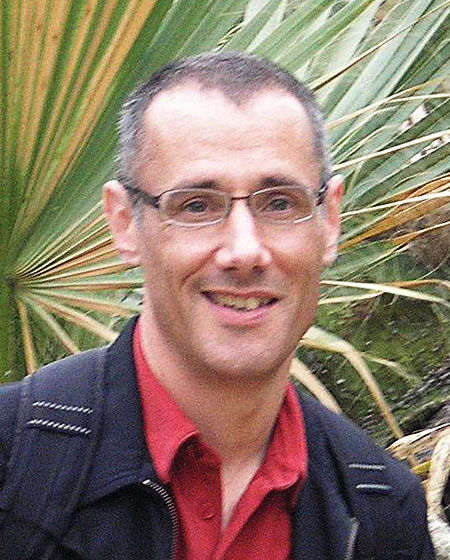 
Paul Nauert began activities in composition and piano performance around the age of 10, and received national awards in composition from MTNA and BMI during his pre-college career. He holds degrees from the Eastman School of Music, where he was awarded the McCurdy Prize in composition, and Columbia University, where he earned his Ph.D. in music theory in 1997 with the assistance of a Mellon Foundation Fellowship. In 1996, Nauert joined the music faculty of the University of California, Santa Cruz, where he teaches music theory and composition. He has published numerous articles on music theory topics and has created software applications for computer-assisted composition, including contributions to IRCAM’s OpenMusic project.

Nauert’s compositions, mainly for solo and small-ensemble forces, reflect an ongoing interest in: intimate/private discourse as a model for musical rhetoric, the coloristic use of harmony, and an engagement with different qualities of pulsation and its absence. His music has been performed at venues such as New York’s Merkin Hall, Miller Theater, and Works and Process at the Guggenheim Museum, as well as the BGSU New Music & Art Festival in Ohio, the SoundField Festival in Chicago, Resonances at the Centre Pompidou in Paris, and the Stuttgart International Guitar Festival. A recording of his composition Subtext performed by guitarist David Tanenbaum is available from New Music Works .
Nauert has lived since 2009 with the degenerative neuromuscular disease ALS (Lou Gehrig’s disease). He remains active as an educator, scholar, and composer.