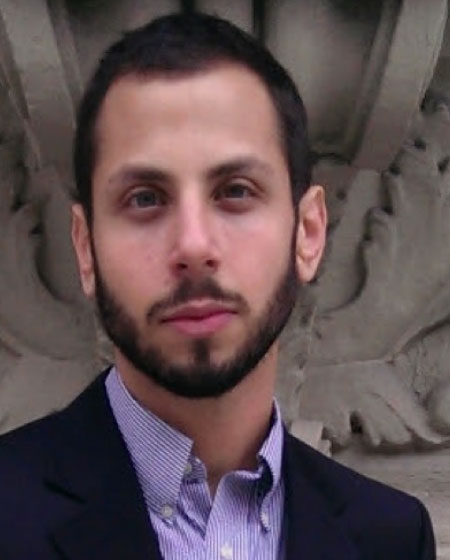 Psalms 95 and 96 for Kabbalat Shabbat

Michael Boino, a 2008 graduate of the Peabody Institute of the Johns Hopkins University in Baltimore, MD for composition and voice, is the winner of the Guild of Temple Musician’s Young Composer’s Award for 2013.  Mr. Boino, currently a second year student in the Rabbinic program at the Jewish Theological Seminary, won for his settings of “Psalms 95 and 96 for Kabbalat Shabbat.”  The 28 year old receives a $2,500 cash prize for his work which will have its premiere performance during the ACC/GTM Annual Convention taking place in 2013 in Minneapolis, MN from June 30th – July 4.

“The committee was impressed with the appealing, well-constructed melodies, the rhythmic vitality and energy, and the clarity of the form,” said head juror David Lefkowitz, Professor of Composition at the Herb Alpert School of Music at UCLA and the first winner of the YCA in 1991.  “The choral writing is quite fine, the text setting is clear and well-written, and complements the text quite well.  We expect that the two settings will prove to have made a valuable contribution to the liturgy, and encourage any congregation with a choir to consider adding it to their repertoire.  Most especially, the music is fun to sing and to listen to!”

A native of Scranton, Pennsylvania,  Michael studied composition with Christopher Theofanidis and Kevin Puts, and voice with Thomas Hrynkiw, John Shirley Quirk and Marianna Busching. He earned undergraduate degrees in both vocal performance and composition at the Peabody Institute of the Johns Hopkins University in Baltimore, Maryland (2008), where he was awarded the Phyllis Bryn Julson Award for Contemporary Music. Michael’s music has been commissioned and performed by both synagogues and churches in America, Israel, Australia and the United Kingdom, and by the Eaken Piano Trio and the International Women’s Brass Conference. He was very involved with the Baltimore Hebrew Congregation and considers Cantors Ann Sacks and Robbie Solomon both great mentors and great friends.  Following graduation, Michael served as a volunteer chaplain in the Department of Pastoral Care at Mercy Hospital, and worked as research administrator for the Department of Pediatrics at the Johns Hopkins University Hospital.  This coming year he will serving in a joint rabbinic internship with Rabbi Jan Uhrbach at the Conservative Synagogue of the Hamptons and the Nahar Minyan in New York’s upper west side.

As a composer, Michael’s music has been commissioned and performed by both synagogues and churches in both America and in Israel, and by the Eaken Piano Trio and the International Women’s Brass Conference.  Currently in Israel studying for the Rabbinate for this first year, he plans to continue his studies at Hebrew Union College in NYC with the goal of becoming a congregational rabbi with a strong focus on engaging an active participation within a community.  He states, “I want to help ensure that everyone recognizes how important they are to the future of our people, and I’m interested to see how that takes shape over the next five years (of study).”

Asked why he chose to create new works for these two Psalms, Mr. Boino responded, “Though we tend to think of God as a divine parent, God is also our divine spouse. The Psalms of Kabbalat Shabbat represent, to me, the development of this relationship…or, more precisely, that this relationship is always in a state of development, be it during the course of a week (hence the number of Psalms) or the course of our lives.”

These Psalms, used traditionally as an introduction to Jewish prayer on Friday evenings, presented the composer an opportunity to enhance prayer in a meaningful way.  “In setting Psalm 95,” Mr. Boino states, “I had in mind the idea of mystery which we confront as we enter a relationship, in this case, with God, Who we constantly are in the process of discovering. There’s something exciting about this, and there’s something that makes us nervous.

“My setting of Psalm 96,” he continues, “has in it a bit of theatre: if we’re just getting to know God in Psalm 95, we can’t stop talking about God in Psalm 96. Although stylistically it bears no resemblance, I was thinking about the musicals of Kander and Ebb, where in the course of what would be a normal scene there’s a dramatic commentary on what just happened. And if you’ve ever been in love or even experienced someone in love, this dramatic commentary isn’t unusual!”

David Shukiar, GTM Vice President for Special Projects and Chairman of the Young Composer’s Award, adds, “The Young Composer’s Award allows the GTM to make a huge statement about the creation of new and exciting music that can useful in the synagogue or concert hall.  I believe we are making an important contribution to Jewish music by supporting and encouraging promising young Jewish composers to continue to create for the synagogue.  I believe that the music created by Michael Boino, our winner for 2013, can become a regular part of synagogue repertoire.”  Mr. Shukiar, who currently serves the congregation of Temple Adat Elohim in Thousand Oaks, CA as Cantorial Soloist, is himself a two-time winner of the award and adds, “Michael looks to have a promising future as a composer.”