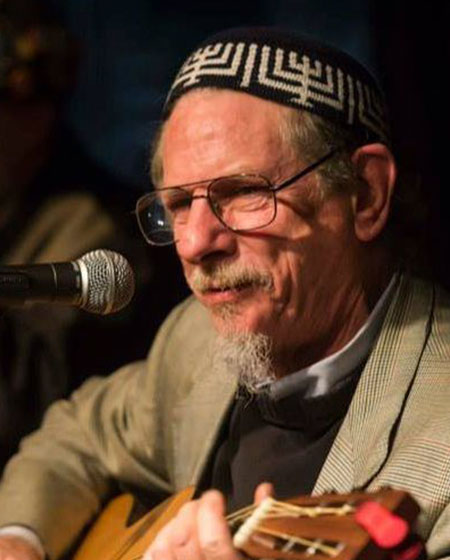 Sing to the Lord – Exodus


Andy Cohen (born in 1973 in Miami, Florida) has written music in a wide variety of styles for a wide variety of media. He has composed classical instrumental works for orchestra and chamber groups, jazz pieces for radio airplay, music and sound design for dance and theatrical performances, and songs for rock and pop bands. His compositions have been performed by such groups as the Minnesota Orchestra and he has written music for PBS TV and United Nations Radio. He has also written music for symphonic band and Jewish-themed works for performances in Synagogues.

His theatrical compositions have been performed in numerous venues in New York City and in the Northeastern U.S. region. His works have been played in such venues as Lincoln Center, Fordham University, The Public Theater, off-Broadway at Theatre Row, 59E59, La Mama, HERE, the Ohio Theatre, Theater for the New City, Expanded Arts, and the New York International Fringe Festival, where he was a 2000 “Excellence” Award Winner.

Recent projects have included the original musicals Charlie Chang and the Mysterious Salami (which won the “Golden Pineapple” award for “worst musical” as part of the 2008 Bad Musicals Festival), The Green Manifesto, and Ripcords(with book and lyrics by Anne Berlin); Kabbalah and Mountain Jews with the Jewish Theater of New York; music direction and sound installation for a multi-media performance project in Werdenberg, Switzerland; sound design for several productions at Luna Stage (Montclair, NJ) and at the Terry Schreiber Acting Studio (including Balm in Gilead, a 2011 NYIT Award Nominee for Sound Design and Winner for Outstanding Production of a Play); scores for the Drama League’s Directors Fest and the Chekhov Now! Festival; and the dance score Taro for the Mariana Bekerman Dance Company at the Joyce Theatre in SOHO.

In addition to composing music, Andy also music directs plays and musicals, and performs on piano, synthesizers and other electronic keyboards (including the Lumiano), guitar, bass, mandolin, trumpet, bagpipes, percussion, and more unusual instruments like bamboo flutes and vintage 1980’s drum machines. He currently resides in Brooklyn (Cobble Hill) and is working on several original projects, including musicals and classical commissioned works.