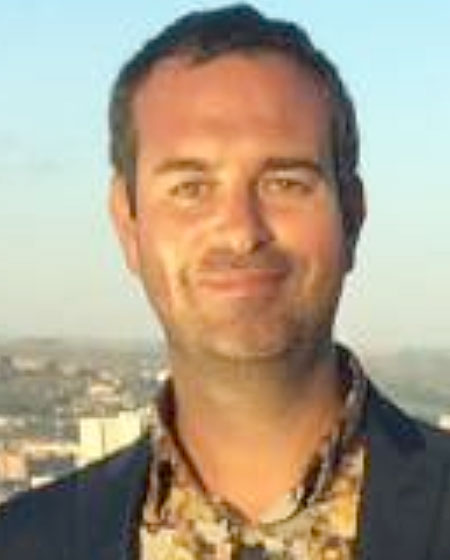 Diversions on a Sacred Tune


Born in New York City in 1969 to a musical family, composer Paul Richards has been engaged with music since childhood, including forays into various popular styles, the Western canon, and Jewish sacred and secular music through his father, a cantor.  All of these experiences inform his creative activities, which have included numerous orchestral, vocal, chamber, and theatrical works.  Hailed in the press as a composer with “a strong, pure melodic gift, an ear for color, and an appreciation for contrast and variety,” and praised for his “fresh approach to movement and beautiful orchestral coloration,” his works have been heard in performance throughout the country and internationally on six continents.

He has been recognized in numerous competitions, including the St. Mary’s College/Kaplan Foundation Commission Competition, the Jacksonville Symphony Orchestra’s Fresh Ink 2002 Florida Composers’ Competition, the International Section of the 2000 New Music for Sligo/IMRO Composition Award and the 2001 and 2004 Truman State University/M.A.C.R.O. Composition Competitions. Other honors and awards include Special Distinction in the 2006 ASCAP Rudolph Nissim Prize, Finalist in the 2006 American Composers Orchestra Whitaker Reading Sessions, Second Prize in the International Horn Society Composition Competition in 2001, First Place in the 1999 Voices of Change Composers Competition, two First Place prizes in the Guild of Temple Musicians Young Composers Award and many others.

“Fables, Forms, and Fears,” a CD of Richards’ chamber music, was released by Meyer Media in July of 2007.  Music by Paul Richards is also recorded on the Capstone, Mark, Summit, and MMC labels, including a recent recording featuring famed clarinetist Richard Stoltzman and the Slovak Radio Orchestra.  His works are published by Southern Music, Carl Fischer Music, TrevCo Music, Jéanne Inc., the International Horn Society Press, and Margalit Music.  Currently Research Foundation Professor and Head of Composition and Theory at the University of Florida, he previously taught at Baylor University, and earned the Doctor of Musical Arts degree in Composition at the University of Texas at Austin, and Bachelor of Music and Master of Music degrees in Theory and Composition at the University of Arizona.