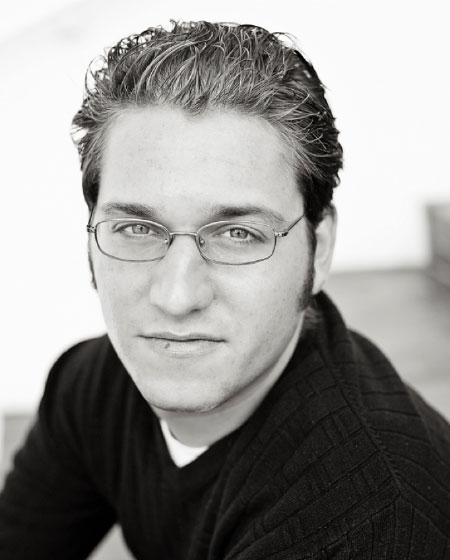 Two Prayers for the Sabbath Evening:  V’shamru and Oseh Shalom

The Guild of Temple Musicians, an affiliate of the American Conference of Cantors, is pleased to announce that Joshua Fishbein of Los Angeles, CA is the 2011-2012 recipient of the Young Composer’s Award for his “Two Prayers for the Sabbath Evening: V’shamru and Oseh Shalom.”   The 26 year old, currently a PhD student in Music Composition at UCLA’s Herb Alpert School of Music receives a $2,500 cash prize for his work which will have its premiere performance during the ACC/GTM Annual Convention taking place in 2012 from June 24 through 28th in Portland, OR.

David Shukiar, GTM Vice President for Special Projects and Chairman of the Young Composer’s Award, praised Mr. Fishbein and his compositions.  “The jury choose the pieces for their harmonic richness, sensitive handling of the text, and melodic beauty.   The first of the two pieces has many expressive moments.  The second of the two pieces has a genuinely reverential mood, and the writing for chorus is effective.”  Mr. Shukiar, who currently serves the congregation of Temple Adat Elohim in Thousand Oaks, CA as Cantorial Soloist, is himself a two-time winner of the award and adds, “Joshua looks to have a promising future as a composer.”

Asked why he chose these two pieces from liturgy, Mr. Fishbein responded, “V’shamru is one of my favorite parts of the liturgy to hear in musical settings. I think that this text is well suited to music because of its clear form and change in tone, from dramatically declaring that ‘The people of Israel shall keep Shabbat’ to one of relaxation. Oseh Shalomanswers the declamatory tone of V’shamru with one of peaceful bliss. A relatively short text, I liked the amount of repetition and development that it afforded me.”

Mr. Fishbein, a native of Baltimore, MD, studied piano performance and music theory at The Peabody Preparatory.  He received two undergraduate degrees in Psychology and Music Composition from Carnegie Mellon University and completed his Master’s Degree in Music Composition from the San Francisco Conservatory of Music, where he also served as Assistant Conductor of the Conservatory Chorus.

Like the YCA’s founder composer Ben Steinberg, Mr. Fishbein is also a trained singer and his work as a professional chorister informs his choral compositions.  When only a high school student he was employed to sing with Cantor Avi Albrech in the Men’s Choir at Beth T’filoh Synagogue.  There, he learned the music of the great classical composers of Jewish liturgical music.

“When I moved to Pittsburgh for college,” he adds, “I was privileged to be employed by Moshe Taube (cantor, composer, and a real-life beneficiary of “Schindler’s List”) to sing with his Men’s Choir at Congregation Beth Shalom. I was particularly struck by the way Taube beautifully used the Jewish modes in his compositions and cantorial improvisations.”

The Guild of Temple Musicians is dedicated towards enriching the Judaic musical knowledge and expertise of its membership, and the Jewish populace in general, through continuing education and development.  This is the 21st year of the GTM Young Composer’s Award. The purpose of the project is to interest emerging young Jewish composers to write appropriate, serious works for synagogue and concert, to swell the ranks of Jewish composers and encourage continued interest in the field, and to build an increasing body of new Jewish works for presentation.