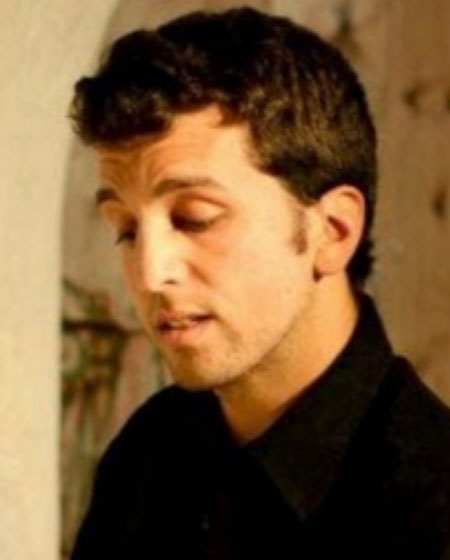 Boaz will receive the Ben Steinberg Young Composer’s Award for “Mei-ayin Yavo Ezri?” at the 2018 American Conference of Cantors – Guild of Temple Musicians Convention in Dallas Texas, June 24-28, where his work will be premiered.

Boaz (born 1985), is a composer, arranger, choir conductor, pianist and music educator.  He lives in Jerusalem, Israel, together with his wife and young son.

He earned his bachelor’s degree in composition from the Cross-Disciplinary Composition Department in the Jerusalem Academy of Music and Dance. His original compositions and arrangements were performed by The Israel Sinfonietta Be’er Sheva Orchestra, Meitar Ensemble Tel Aviv and Tempera Ensemble. He is also involved in the musical theatre scene in Israel, recently directing and conducting a local Israeli English speaking production of Broadway’s “Avenue-Q”. He teaches Music Theory and Music History in the prestigious Jerusalem Academy of Music and Dance High School.

Boaz is involved with the Israel Movement for Reform and Progressive Judaism (IMPJ) since early childhood, and participated in the Noar Telem Youth Movement as a counselor, songleader and program director.  Nowadays he serves as the Musical Director of Kehilat Kol Haneshama Jerusalem and is also involved nationally with the IMPJ: leads musical services throughout Israel, composes for T’filah, conducts choirs (HUC Jerusalem’s High Holiday choir conductor), and supervises music in prayer services.

Boaz directs major musical events and training for musicians in the Reform Movement. He was the Musical Director for the IMPJ’s 2016 biennial conference as well as the Musical and Artistic

Director for the World Union for Progressive Judaism “Connections 2017” conference in Jerusalem.

He was commissioned to write original music by the Society for Classical Reform Judaism, and his music was recently published by Transcontinental Music Publications.

Boaz’s music can be reached at: https://www.youtube.com/user/BoazDorot