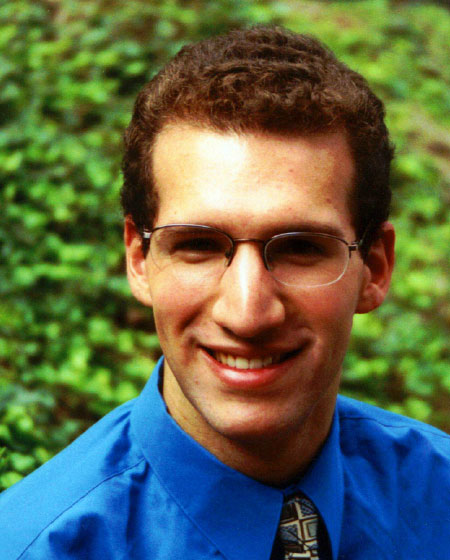 Russell Nadel, 28, graduated from the Peabody Conservatory of Music in Baltimore, Maryland, in 2006, having earned Master’s and Bachelor’s degrees in Music Composition and a Bachelor’s degree in Music Education.  While at Peabody, his primary instructors were Drs. Bruno Amato and Harlan Parker.  Mr. Nadel has had original compositions commissioned and performed by adult and

children’s performing ensembles in the United States and Canada, and has won a variety of awards for his compositions at the local, national and international levels. Some of Mr. Nadel’s recent commissions include compositions for ARTSEDGE, the National Arts and Education Network and a program of the John F. Kennedy Performing Arts Center in Washington, DC; the Vancouver Chamber Choir(Vancouver, BC); the horn and harp duo apple orange pair (New Haven, CT); and the Woodbridge Flute Choir (Woodbridge, VA), among many fine groups and individuals. Notable composition awards include the 2010 Guild of Temple Musicians Young Composers Award, the Prix d’Été (twice), prizes from the Mu Phi Epsilon Foundation, and more.

Most recently, Mr. Nadel won the 2011 Ruth Boshkoff Composition Prize sponsored by the Organization of American Kodály Educators (OAKE), which will result in a commissioned choral work to be premiered at the OAKE National Conference in Phoenix, AZ, in March 2012. Mr. Nadel’s work Shabbat Cycle will soon be published by Transcontinental Music Publications. Recent performances include the world premiere of his choral work Windy Nights,which was performed by the 900-voice Sixth-Grade All-County Chorus of Fairfax County, Virginia in April 2010; the premiere of Hashkiveinu, a setting for bass/baritone and piano, by Cantor Zev Sonnenstein in Ormond Beach, FL; and the premiere of Orchard Sunset for horn and harp by apple orange pair in New Haven, CT.